Watch the video ( NBA Youngboy – Bring ‘Em Out ) and tell us what you think!

Yeah that too
Playboi in this bitch, but he ain’t playin’ though

Bring ’em out (out)
For that money, I’ma rush all day (bring it)
Ain’t no trippin’, they bring it, I count it up now
I ain’t hear nothin’ y’all say (nah)
They don’t know I came up from the bottom (bop)
But they know that these niggas be flodgin’ (flodgin’)
She don’t fuck with me ’cause of a dollar (Huh)
From the hood, but shorty a model (let’s go)
If I see the lil’ bitch, I run down on a bitch, I don’t bust it from out of the car
I got bitches roll 6s, on God
Lockin’ in like she a lil’ boy
Ain’t no holdin’ nothin’ back, I go hard
How I live, I be playin’ my cards
On the real, I got bro with the rod
He gon’ shoot the minute he saw it
He gon’ take off, I’m pointin’ the mozzie

Get that money and fuck on these hoes
Run it up, and then stick to the code
Double up, it’s the life that he chose
I be steppin’ in Margiela more
I got Louboutin all on my clothes
On these pills, I be tweakin’, I’m froze
Hunnid, hunnid, took straight off his nose
Hunnid, hunnid, watch straight off his nose
My baby a baby, be screamin’ out, “Slatt” (Slatt)
Spend a check and I’m gettin’ it back
Real gangster, ride ’round in a Lex’
Hand out money, so broke, get a pack
Every couple months, I give her a bag
Every two weeks, she go get her a wax
Let ’em keep talkin’, I been on his ass
Let ’em keep talkin’, I been on his ass
I’ma spin on his ass, I’ma blow out his mind
Let off a shot, you on war with the slime

Ride in the front, do the dash, I’m slidin’
Pullin’ straight up with your bitch on the side
Pull up, start dumpin’, and sendin’ a sign
Real gangsters, they know he a ho, he be hidin’
??? a soul or show, we gon’ send a deposit
Turn up, bad, yeah
I’m the one you talk ’bout with these hoes
I got cash, yeah, I fill up my pocket with these rolls
I’m the man, yeah, asked her for to leave, she ain’t wan’ go
I’m in a bang, yeah, I got drones, don’t nobody need sticks if you ain’t know
I can dig up some gold like LSU
Make a beat wit’ the Glock like I’m Saddam
She be talkin’ to me like a baby
Had to ask the lil’ ho, “Where your mother went?”
Don’t wan’ fuck her, I ???

Play that role until you come relevant
Give a bag I know they gon’ step on shit
I play dumb, don’t wan’ hear what they tellin’ me
I’ma gangsta for real, ain’t no cappin’
If I tell ’em to kill, they gon’ stamp it
I be thuggin’ for real, I don’t panic
You could play, send a shot at yo’ mammy
Findin’ money around like some dandruff
I be dancin’ like Elvis, go ???
???, I kill a whole clan in
Sell ???, then I go back to plannin’
She ain’t right tryna trap with a baby
I went dumb, you went back and go brazy
She gon’ find out ’bout that and go crazy
Stay down, kept it real, and he made it
They be thinkin’ that Baba Jamaican
He gon’ go to the ??? he a man-man
I got Molly in me like a beach ???

I put ??? in my feet with the old Vans
I went bought 23 with the old money
I could go pull out some old hunnids
I got a whole lot of new money
I say a word, get you fronted
I say a word, get you knocked off
I take the charge, it’s my fault
I send them youngins to spin where you be at to knock you off and your bro, dog
And I get the addy or drop where you be at, we gon’ blow it and tear the whole house down
And I’m on the block where you barley could be at, it won’t take you that long to get shot down
If they deep as a bitch, I’ma spray around
Hit the trap in the north where I’m hardly found
Old heads, they evict, they gon’ roll around
If they know that they got it, they do it now
I got money-
That’s it? Man you got me trippin’ in this bitch, man 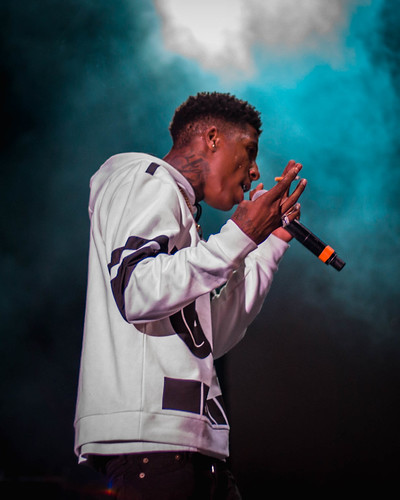