Robin Thicke has premiered the video for “ Testify ”, a song that belongs to his next album.

Robin Charles Thicke (born March 10, 1977) is an American Canadian singer and songwriter. Thicke has worked with several prominent artists, such as Christina Aguilera, Nicki Minaj, K.Michelle, Pharrell Williams, Usher, Jennifer Hudson, Flo Rida, Kid Cudi and Mary J. Blige, among others. Thicke has also been acknowledged for his work on popular albums such as Usher’s Confessions and Lil Wayne’s Tha Carter III. He rose to worldwide fame in 2013 with his hit single “Blurred Lines“.

A few days after the release of his new single, the executive director of Thicke Music brings his most recent work to life with a relaxing visual. The clip finds the artist reflecting on his final years, and even speaks of the loss of his father in 2016. Thicke sings throughout the video with his guitar in his hand.

Watch the video ( Robin Thicke – Testify ) and tell us what you think! 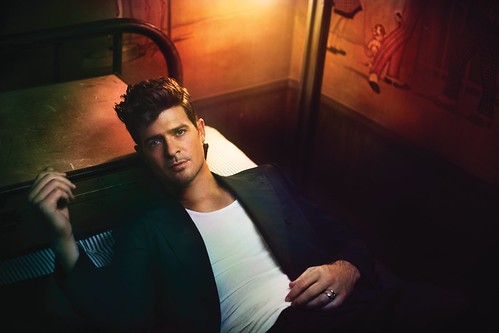 Robin Thicke – Back Together