Paul McCartney has premiered the video for “Who Cares”, a song that belongs to his latest album “Egypt Station“.

Sir James Paul McCartney MBE (born 18 June 1942) is an English singer-songwriter, multi-instrumentalist, and composer. With John Lennon, George Harrison, and Ringo Starr, he gained worldwide fame as the bassist of the English rock band the Beatles, one of the most popular and influential groups in the history of pop music; his songwriting partnership with Lennon is one of the most celebrated of the 20th century. After the band’s break-up, he pursued a solo career and formed Wings with his first wife, Linda, and Denny Laine.

Paul McCartney released a new short film for his latest single “Who Cares“, starring Emma Stone. Part of his acclaimed latest album, Egypt Station, the emotive video is loaded with a positivist message to tackle bullying.

Emma Stone appears as a girl desperately seeking help. And that’s how she gets to Paul, who leads the actress through a surreal and comic dream full of drama, mimicry, music and a lot of dancing.

Watch the video ( Paul McCartney – Who Cares ) and tell us what you think! 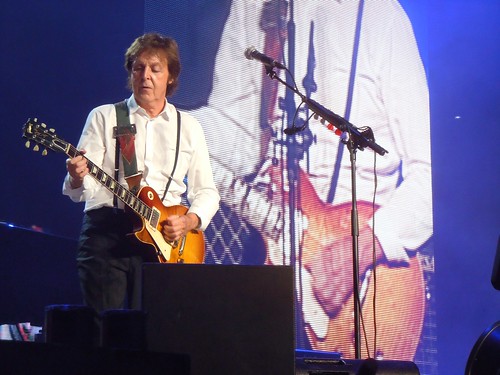