Machine Gun Kelly has premiered the video for “ GTS ”, a song that belongs to his latest EP “Binge“.

Richard Colson Baker (born April 22, 1990), better known by his stage name Machine Gun Kelly (or MGK for short), is an American rapper from Cleveland, Ohio, signed to Bad Boy and Interscope Records. His stage name was given for his rapid-fire lyrical flow and is a reference to notorious criminal George “Machine Gun Kelly” Barnes.

Machine Gun Kelly has proven to have its most sentimental side on tracks like “GTS” (short for Going Through Shit), now with its videoclip.

On this occasion, Kelly talked about her addiction problems to self-medication, and how she tries to deal with her personal demons inside. This video was directed by Jordan Wozy, and shows the rapper singing as he appears on different dark stages.

Watch the video ( Machine Gun Kelly – GTS ) and tell us what you think! 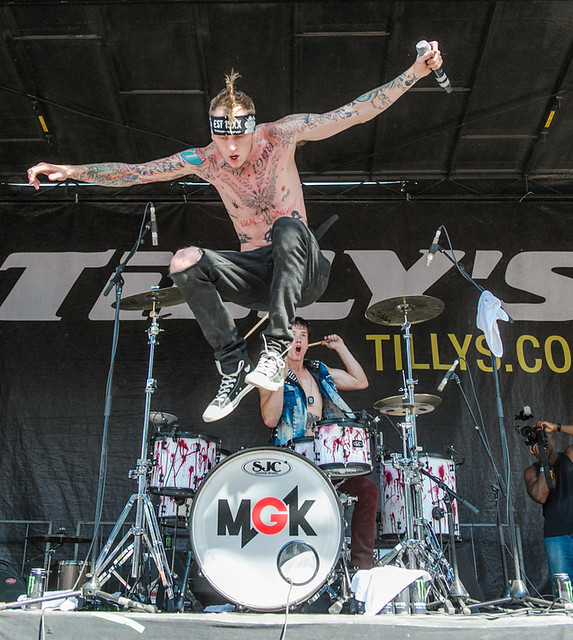