Maná has premiered the video for “La Prisión Remix” feat. Steve Aoki, a song that belongs to his last album “Cama incendiada”. 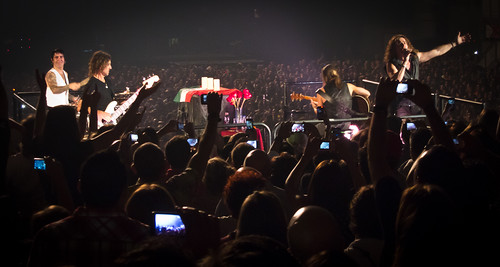