Kanye West & Lil Pump have premiered the video for “I Love It” ft. Adele Givens, a song that belongs to his next album.

Kanye Omari West (born June 8, 1977) is an American rapper, songwriter, record producer, fashion designer, and entrepreneur. Raised in Chicago, West briefly attended art school before becoming known as a producer for Roc-A-Fella Records in the early 2000s, producing hit singles for artists such as Jay Z and Alicia Keys. Intent on pursuing a solo career as a rapper, West released his debut album The College Dropout in 2004 to widespread critical and commercial success.

West took advantage of an event in the pornographic industry to present his new video clip, together with Lil Pump.

The track clip was co-directed by West and Amanda Adelson, and is produced by Spike Jonze.

They appear in the video dressed in huge rectangular costumes on a catwalk decorated with female bodies, while a giant Adele Givens talks about orgasms.

Watch the video ( Kanye West – I Love It ) and tell us what you think!

Kanye West - I Love It 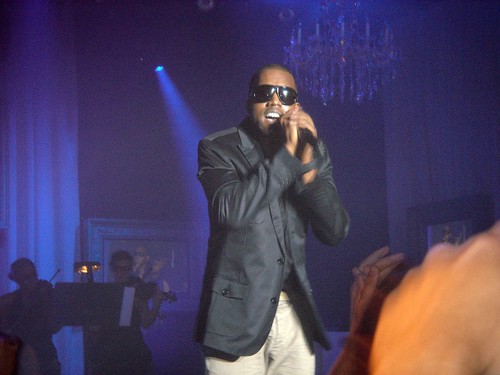