Jonas Brothers have premiered the video for “ Sucker ”, a song that belongs to his next album.

The Jonas Brothers are an American pop rock band. Formed in 2005, they gained popularity from their appearances on the Disney Channel television network. They consist of three brothers: Kevin Jonas, Joe Jonas, and Nick Jonas.

After 10 years of releasing their latest album (Lines, Vines and Trying Times), the brothers who became famous at Disney return with a new song. For the ‘Sucker’ videoclip, Nick Jonas, Joe Jonas and Kevin Jonas have included their partners Sophie Turner, Priyanka Chopra and Danielle Jonas.

With this new release they have surpassed the number of reproductions from YouTube to One Direction. They totaled more than 4 million views in less than eight hours of being released.

Watch the video ( Jonas Brothers – Sucker ) and tell us what you think! 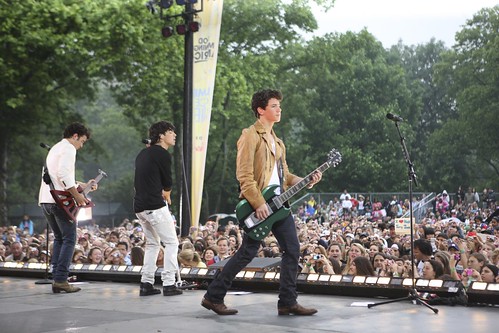 Jonas Brothers – What A Man Gotta Do (Official Video)