Asking Alexandria have premiered the video for “ Here I Am ”, a song that belongs to his latest album “The Black”.

Asking Alexandria are an English metalcore band from York, North Yorkshire formed initially in 2008 by lead guitarist Ben Bruce along with former lead singer Danny Worsnop, bassist Joe Lancaster, keyboardist and synth player Ryan Binns, and current members drummer James Cassells and rhythm guitarist Cameron Liddell. Lancaster and Binns later departed from the band in 2009 with Lancaster joining heavy metal band With One Last Breath. Bassist Sam Bettley joined the band that same year, and in January 2015 Worsnop departed to focus on his new band We Are Harlot and was later replaced by Denis Stoff of Down & Dirty and Make Me Famous.

Watch the video ( Asking Alexandria – Here I Am ) and tell us what you think! 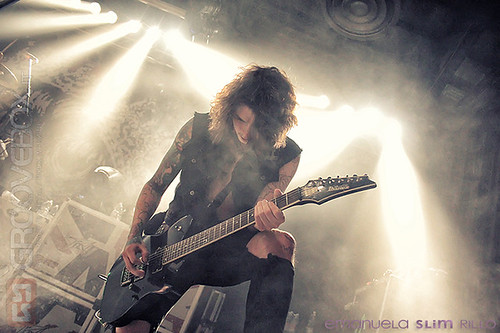