Take That have premiered the video for “Giants”, a song that belong to his next album “Wonderland”.

Take That are an English pop group who formed in 1990. The group currently consists of Gary Barlow, Howard Donald, and Mark Owen. The original line-up also featured Jason Orange and Robbie Williams. Barlow acts as the group’s lead singer and primary songwriter. Owen and Williams would provide backing vocals, with Donald and Orange serving primarily as dancers.

Watch the video (Giants – Take That) and tell us what you think! 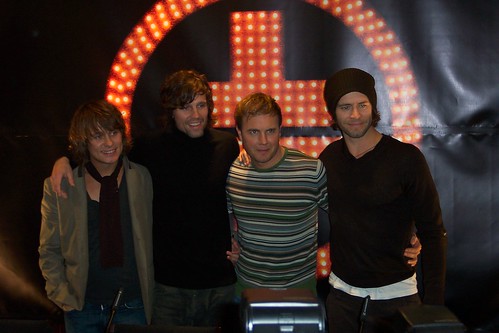