Edward Christopher “Ed” Sheeran (born 17 February 1991) is a British singer-songwriter and musician. Born in Hebden Bridge, West Yorkshire and raised in Framlingham, Suffolk, he moved to London in 2008 to pursue a musical career.

In the videoclip, directed by KC Locke, we see the group of artists touring different landscapes of England by bus, car, squads or motorbike. We can also see them dancing the theme all together and even eating a typical English breakfast.

Watch the video ( Ed Sheeran – Take Me Back To London (Sir Spyro Remix) ) and tell us what you think!

Ed Sheeran - Take Me Back To London (Sir Spyro Remix)

[Chorus: Ed Sheeran & Stormzy]
Jet plane headed up to the sky
Spread wings in the clouds, getting high
We ain’t hit a rave in a while (Sounds of the sir)
So take me back to London (Yo)

[Verse 1: Stormzy]
Yo
I do deals, but I never get twanged (Twanged)
Moves that ain’t ever been planned (Planned)
No goons that were never in gangs (Gangs)
Where I’m from, chat shit get banged (What?)
Where I’m from, chat shit, let a 12 gauge rip
Yeah, it’s sick how it fits in my hand (Hand)
I don’t mix with the glitz and the glam (Glam)
All these stupid pricks on the ‘Gram
I don’t do online beef, or neeky grime beef
I’m way too G’d up to beef with grime neek
I bought an AP to help me time keep
My shooter ride deep, he moves when I speak
My shooter ride (Ride), he shoot a guy (Guy)
Leave you wet like you scuba dived
We were younger then and now we’re unified
South London boys, get you crucified, I’m gone

[Verse 2: Ed Sheeran & Stormzy]
It’s that time
Big Mike and Teddy are on grime
I wanna try new things, they just want me to sing
Because nobody thinks I write rhymes
And now I’m back in the bits with my guy
Give me a packet of crisps with my pint
I hit my friends up, go straight to the pub
‘Cause I haven’t been home in time, yes, I
But that’s my fault (Oh)
Grossed half a billi’ on the Divide Tour (Oh)
Yes, I ain’t kidding, what would I lie for? (Oh)
But now I’m back on the track with Big Michael (Woah)
He said, “Teddy, never get off your high horse
And never let ’em take your crown”
I’ve been away for a while, travelled a million miles
But I’m heading back to London town right now

[Chorus: Ed Sheeran & Stormzy]
Jet plane headed up to the sky (To the sky)
Spread wings in the clouds, getting high (Woop, woop)
We ain’t hit a rave in a while (In a what?)
So take me back to London
Bass high, middle nights, ceilin’ low (Ceilin’ low)
Sweat brow drippin’ down, when in Rome (When in Rome)
No town does it quite like my home (They don’t)
So take me back to—

[Verse 3: Jaykae]
Birmingham, 0121 stand up!
You better tell them the hooligan’s here
My team can’t lose when I’m here
Outside, quick twos and a beer
You see me when I choose to appear
Just paid a few bag for my carpet
Blud, take off your shoes when you’re here
Yo, I can turn boos into cheers
Trip chunning man choose for the gears
Rep blues when I’m here
It’s Brum
Fam, are you dumb?
Red red wine or you want a redrum
You can be forty, you don’t wanna war me
End of story, you’re gunna get spun
Man smoke weed til my whole head’s numb
Don’t talk greaze ’cause I won’t take none
VIP in my own section
Wild wild west with the old western, it’s Brum

[Verse 4: Aitch]
Old school raving, back to scally
And the AP, packed with gally
Take me back to Manny
Blacked out Roll full of yack and maggot
And a S3 boot full of packs of Cali
Hit the booth, man, slap it, snap it
Bap bap, that’s that, trap, rap to mappy
Some man are blessed, some are bad and trappy
Gets cold up north, pack your hat and trackie’
Huh, man was made to set pace
Young Aitch, I came for first place
Made a change to get paid
Fam, I stayed in my lane and came with that flame
Day to day we on stage
Make my K, then I skate and catch the next plane
Baking up when I wake
Rake it up, get it saved
It’s make it or break

[Verse 5: Jaykae & Aitch]
It’s make it or break
Human man, still make a mistake
Mad now Aitch just made a mixtape
Told Jaykae to make the next eight
We ’bout to set pace’
I can’t get about no more it gets bait
And I don’t get head no more, I get face
She don’t want him no, more she wants Jay
And she don’t want me no more she wants Aitch (Aye)
Jaykae, make a lot of P (Uh)
Go straight there if that’s where I’ve got to be
Wait, stop, pop my collar, I’m a G
5 million minimum, what I wanna see
And anything, I’m gonna put that to bed
Tell mumsy that I’m on a track with Ed
Aim this one at your head
Write bars with a pen on a pad when the battery’s dead 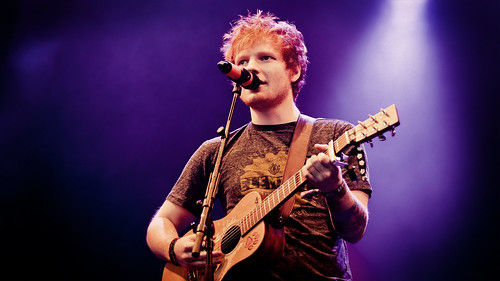 Ed Sheeran – Put It All On Me ft. Ella Mai [Official Video]

Ed Sheeran – Nothing On You feat. Paulo Londra & Dave