R5 have premiered the video for “ Dark Side ”, a song that belong to his latest album “Sometime Last Night”.

R5 is an American pop rock band formed in Los Angeles, California, in 2009. The band consists of Ross Lynch, Riker Lynch, Rocky Lynch, Rydel Lynch and Ellington Ratliff. They got the name R5 because all of their names begin with the letter ‘R’, except for Ellington, whose last name is Ratliff. He is most commonly known as Ratliff to stick with the ‘R’ theme. Ellington met the Lynches at a dance school in Los Angeles in 2009. 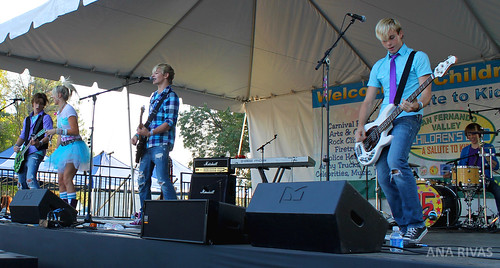