Carly Rae Jepsen has premiered the video for “ Party For One ”, a song that belong to his next album.

Carly Rae Jepsen (born November 21, 1985) is a Canadian singer-songwriter from Mission, British Columbia currently based in Vancouver. In 2007, she placed third in Canadian Idol season five’s competition and was a part of the Canadian Idol Top 3 concert tour.

Jepsen has presented a fun video clip for ‘Party for One‘, which, like its lyrics, portrays Carly and her hotel neighbours doing quite well on their own. Behind the camera is Canadian director Bardia Zeinali, who recently worked with Troye Sivan on her single ‘Bloom’.

Watch the video ( Carly Rae Jepsen – Party For One ) and tell us what you think!

Carly Rae Jepsen - Party For One 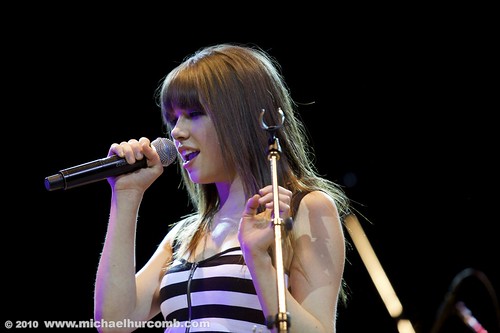 Carly Rae Jepsen – Now That I Found You (Official Video)