Anne-Marie has premiered the video for “ Rewrite The Stars ” feat. James Arthur, from The Greatest Showman: Reimagined.

Anne-Marie Rose Nicholson (born 7 April 1991) is an English singer and songwriter. She has attained several charting singles on the UK Singles Chart, including Clean Bandit’s “Rockabye”, featuring Sean Paul, which peaked at number one, as well as “Alarm”, “Ciao Adios”, “Friends” and “2002”.

The Greatest Showman is a film that has conquered the hearts of millions of people around the world. The musical and soundtrack have been especially successful to the point that Anne-Marie and James Arthur have versioned one of the songs: Rewrite the stars. This song is the first single known from this project in which different successful voices in the British music industry version the soundtrack.

Watch the video ( Anne-Marie – Rewrite The Stars ) and tell us what you think! 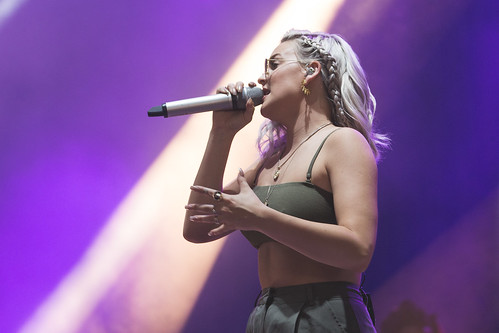